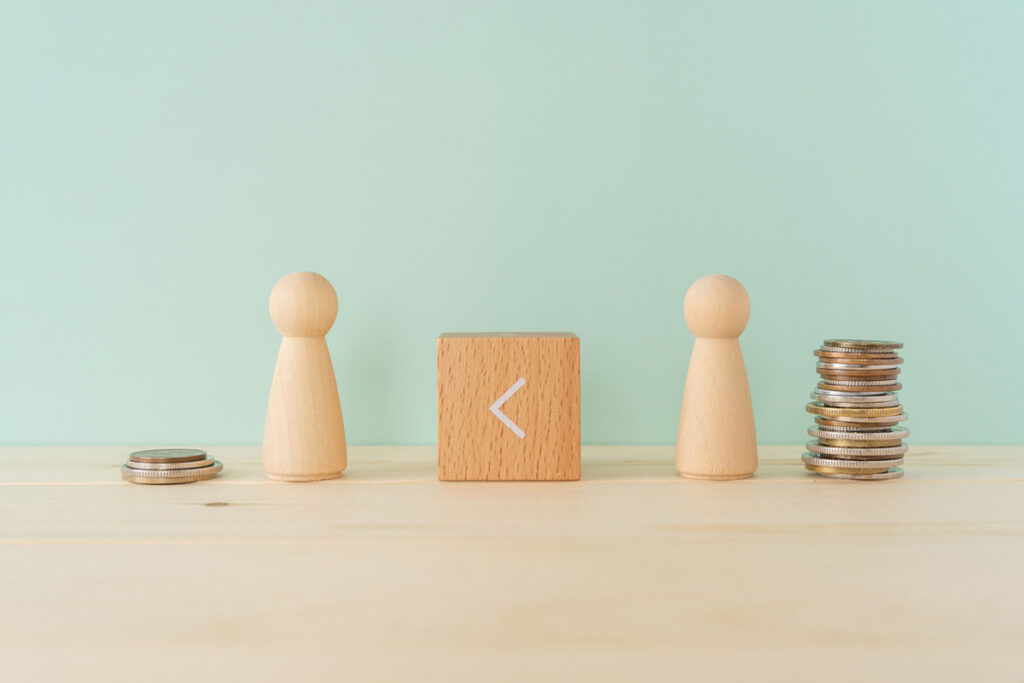 A leader’s struggle to maintain confidence, agility, motivation, innovation, creativity, and democracy can be unending, regardless of their career path. Conquering these skills is in itself a challenge for a powerful leader. It is difficult to imagine the scuffle for those who are of a minority ethnicity or even those who are less dominating in the work field, such as women. Obtaining a position of power is a marathon that most people can only dream about, however, maintaining it over time, being successful in all endeavors, and being respected is a difficult task. In contrast, how do women fare? To accomplish half the work that Mr. John Doe accomplishes, they must work ten times harder.

The gender wage gap is a real issue that needs to be addressed in order to ensure that both women and men receive a fair wage, regardless of their occupation. In order to achieve this fairness, there are a number of challenges ahead.

“Far too many women are hesitant and remain trapped in jobs for which they are over-qualified or paid beneath their worth.”

Let us examine a few pieces of evidence to put the wage gap that exists unfairly into context.

*Please note, these are not opinions; these are statistics which can be found via the U.S. Census Bureau, SHRM, and Harvard Business Review.

Several factors contribute to these varied statistics, including career position, area of employment, hourly versus salaried roles, education, competition, and other biases. It is possible to be conscious or unconscious of certain biases. The term unconscious bias is used to describe social stereotypes that individuals form regarding specific groups outside of their own conscious awareness. It is a bias that you are unaware of as you make it. The notion of conscious bias, by definition, refers to conscious prejudice towards certain groups that is processed neurologically at a conscious level. This is a bias that you are fully aware of as you are forming it.

What is the cause of these differences in the gender wage gap? Factors both external and internal can influence the outcome. It is common for women to feel more pressure in their leadership roles. Often, this is the case both within the workplace as well as in their personal lives. There is a tendency for women to spend more time at work in a professional setting than they do at home. Furthermore, it is highly unlikely that a woman will have children of her own or spend unnecessary time away from the office.

Rather than focusing on their family, these women feel the need to focus on their professional career. While in a higher-ranking position, men are twice as likely to have children. In addition, men tend to spend a greater amount of time away from the office for family-related activities than women.

In the absence of external factors, women are able to focus more on their career, being successful, respected, and motivated in their daily endeavors. Nevertheless, internal factors often contribute to women’s struggles as leaders. For women to gain the same level of respect from their colleagues, they claim that they must work twice as hard (or harder) as men. Employees are often unaware of this unconscious bias, believing that men perform better in high-ranking positions than women. As a result, this contributes to one of the many internal factors women face at work.

Let’s call it extra motivation, though. It is important to note that many women consider this to be an even greater reason for being an effective leader in their organization. Women possess the uncanny ability to overcome obstacles head-on and prove the majority wrong in any way they can. Perhaps it is their stubborn nature. Perhaps it is their womanlike nature that makes them stand out. Maybe they wish to be nurturing and empathic towards the members of the organization who occupy a smaller role within the organization.

Despite popular belief, scheduling conflicts often contribute to the persistence of the gender wage gap. However, this does not necessarily imply that women require more time off than men. Both men and women who receive the same amount of PTO (paid time off) are often faced with the decision of whether to take the time they are entitled to.

When a man utilizes his allotted time, no other consideration is given to his actions; however, if a woman utilizes her allotted time, she is often frowned upon by those in management or less dominant positions in the organization. When in a powerful position, women have expressed that they find themselves taking as little time off from their careers as possible in order to avoid being viewed as inferior to other leaders in the field.

How can we, as a society, change the fact that women feel more pressure to be at work more frequently than men? Is it possible for society as a whole to reverse engineer our unconscious bias in order to ensure that women are treated equally at work and receive equal pay? Even though women should not feel inferior in their careers, regardless of whether or not they have children at home, many of them have repeatedly expressed this exact feeling while working in a male-dominated field.

The truth of the matter is that there is no overnight solution to this problem. In spite of this, there are steps we can take from now forward in order to help reprimand this issue to the best of our abilities. The process of correcting this bias may take upwards of 40 or even 50 years. In spite of this, society should not hesitate to reroute the course to the greatest extent possible, if given the opportunity.

The idea of inclusion is becoming more popular every day, and with it, changes are occurring. However, change is for the better; for the benefit of all. As a result, with the adjustment to change, inclusion is promoted to the point that everyone feels accepted and is paid equally for their roles, regardless of their gender or other differences. The inclusion of women at the workplace is absolutely essential in order to ensure they feel welcome, worthy, respected, and treated as equals.

Supporting your leaders, regardless of their gender (or preferred gender), is the most powerful notion of all. Positive feedback is an effective way to encourage your leaders. It does not mean that you and your colleagues must agree on everything on the agenda.

Simply put, you should encourage an individual’s efforts while showing or explaining how something else could possibly work better if that is the case. As a result, women will not feel ostracized for their ideas or actions. Obtain a better understanding of the direction by asking questions. Women often factor emotions into their responses more than men, so a simple negative notion can have a lasting impact on them. Consider the words and actions you use when interacting with them and remember that they are also human beings. The fact is that people have feelings, regardless of their ability to put on a brave face that never crackles when faced with a difficult situation at work.

Take advantage of being aware and communicate that awareness freely and openly throughout the office. People will gain a better understanding of current issues by discussing the importance of gender equality in the workplace. In doing so, others will be able to consider what they say before they say it, as well as what they do before they act upon it. Your organization must become more critical-minded in order to ensure that women are treated equally with men, regardless of their position or title.

Recruiting and hiring techniques should be the same for both men and women. The salary should be the same regardless of the level of diversity when an individual applies for a position within your company. There should be a set salary for each position. Women should be recruited in the same manner as men. This demonstrates that your organization is capable of being neutral in all aspects of their operations.

Promoting in a structured manner is essential. There should be a consistent representation of evaluation processes across all departments. When it comes to a pay raise or promotion, structure the process according to a scale. As a result, accuracy and equality are ensured. Additionally, incentives and rewards should be available to employees based on their work ethic and not be restricted by their gender, status, or title.

Both genders should be entitled to PTO (paid time off). In the event that a position is held, it should be ensured that everyone who holds that position has the same type of schedule and the same amount of time to be away from their work. Every employee should be reassured that they may schedule their time off in accordance with the company’s policy as needed. If they decide not to take their PTO by the end of the year, reimburse them through their salary. As a result, everyone receives their pay, regardless of whether they remain in the office more than others.

Overall, gender roles in careers should be equal across the board. In this manner, the gender pay gap will be closed, resulting in equal pay for women and men. In addition, women need to be encouraged in the workplace, just as their male counterparts do. In order to shape the future of women and men alike, we must be prepared to face the diverse challenges that lie ahead with inclusion and equality.

PrevPreviousCreative Writing In Employment
NextWorkplace Trends That Will Boost SuccessNext