Are Emojis Acceptable In The Workplace? 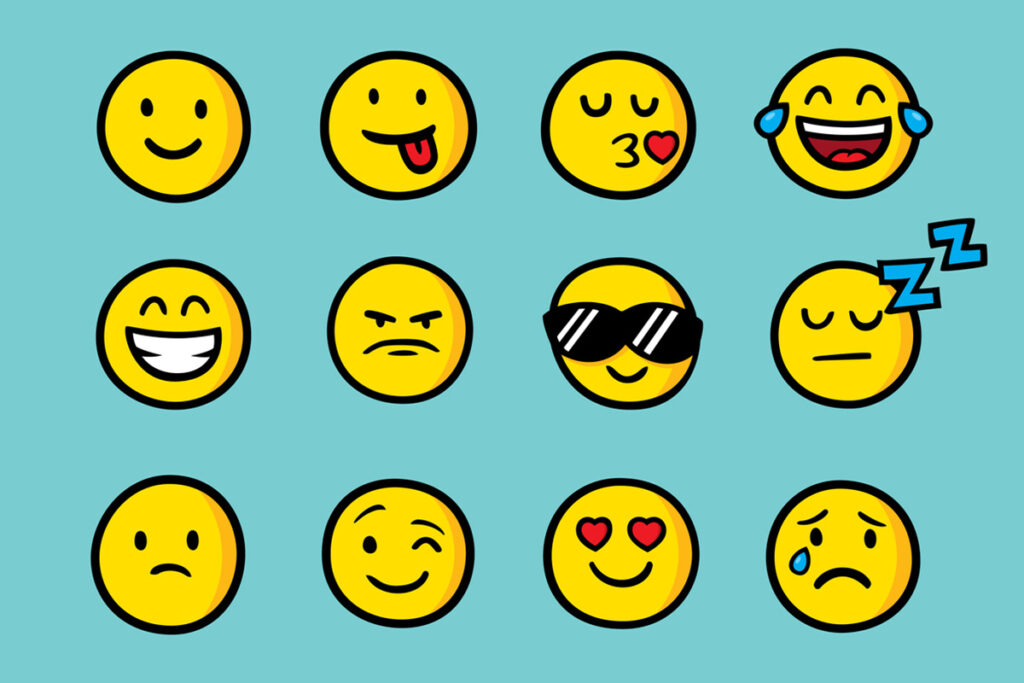 The emojis, which are meant to be lighthearted and fun, have certainly made a splash in the digital world. But what if they were to be used in a workplace setting as well? Would you consider this acceptable? Emojis are becoming increasingly popular in the workplace due to the fact that businesses from all over are experimenting with them.

Even though emojis are widely used by today’s generation of social media users or Gen Z, they tend to be perceived in a more positive or neutral light than as something negative. Over 90% of the worldwide population that accesses the internet on a daily basis uses an emoji at least once a day to communicate. The majority of respondents have admitted to using an emoji nearly every time they send an email or text within a 24-hour period. Emojis are now making their way into your workplace. The good news? It is okay to do that.

In fact, it is much more than just a matter of being acceptable. A recent study has revealed that nearly three out of four corporate or remote workers use emojis in their internal communications as a way to convey their information. Emojis, after all, are very easy to understand. But why does that seem to be the case?

People relish the use of emojis, whether at work or as part of their home life. Moreover, they appreciate it when their colleagues use them as well. Emojis have even been referred to as revolutionizing the new standard for workplace communication by some individuals. Emojis increase the likeability of colleagues. Furthermore, if a colleague uses an emoji at work, it increases your chances of feeling more inclusive.

Communication can be facilitated by the use of emojis. In terms of certain common responses, they are easy to use. As an example, the thumbs up emoji is commonly used to endorse simple encouraging responses such as “yes,” “OK,” and “I approve,” as well as to support an employee’s actions.

Employees (and employers) may be able to express themselves more quickly and economically as a result of these tools. Let’s face it, we have all made blunder with office emails that left us uncertain of the undertone. Consequently, you were unsure of how to respond, so that your fellow team members or even your supervisor will not misinterpret your message. In order to eliminate such errors, emojis can be incorporated into workplace communication, thereby simplifying expressions and reducing the number of misunderstandings.

As a result, there is a reduction in language barriers among diverse colleagues and among yourself. Throughout the world (and within corporations), diversity, equality, and inclusion (DE&I) are becoming more prominent (and that’s a good thing)! As a result, emojis can be viewed as a universal language that can be used across a variety of languages since each emoji represents a particular emotion. In spite of their positive, negative or neutral meanings, every emoji represents the same emotion or feeling from language to language around the world. Emojis can also reduce the need for translators (whether automated or personal) and help clarify what is being conveyed without the use of words.

By incorporating them into meetings, the overall meeting time can be reduced. Rather than a heated debate over the preferred method of communication, colleagues can use emojis as a more efficient way to convey their likely or unlikely views. It can, in general, reduce the number of in-office debates and make team building exercises more enjoyable for everyone involved. In addition, some colleagues believe that using emojis at work can even reduce the need for meetings.

The use of emojis in office communication is at the discretion of your company. Yet, as we continue to advance into the future, they are becoming more acceptable for use in offices. Despite this, some organizations may choose to avoid them due to the controversy they can cause.

The introduction of emojis in companies across the globe may create a stir within the office and cause many companies to question their ethical standards. As a precaution, organizations should tread lightly on this topic in order to prevent this from happening. The majority of organizations have not even considered adding this form of communication to their list of approved internal communication methods. This trend is undoubtedly an up-and-coming one, but corporations wish to avoid it for a variety of reasons. Let us take a closer look at each of them individually.

The use of emojis can be perceived as unprofessional. There are certain brands that are held to higher standards than others. Giving their employees free reign over whether or not they can add a thumbs up or smiley to emails may make them appear unprofessional to their clients and other like-minded businesses. Employers can combat this problem by having an approved list of emojis that can be used in text messages, emails, or video conferences with a sidebar chat.

Keeping the emojis to a few selected ones would be the ideal solution. However, this may not be sufficient to diminish the unprofessional appearance of emojis. Take it a step further by restricting the use of emojis to those employed within the organization and those who work at remote locations. Employees should be prohibited from responding to external communications with any form of these images. As a result, only those within the organization will be able to see the emojis, eliminating the appearance of being unprofessional.

Overuse of these devices may be detrimental. In the words of Ludwig Mies van der Rohe, “less is more.” This is also true when it comes to the use of emojis. To prevent overuse of emojis, it may be advantageous to limit the number of emojis that can be used both internally and externally. Emojis can be rendered ineffective when used excessively. Only a few methods may be effective in combating this issue. Even though it is almost impossible to monitor every single email or text message that is sent throughout the organization, you may wish to consult with your information technology department to determine if there is an in-office technological solution to ensure that each employee does not exceed their quota. Otherwise, it is up to your employees to have integrity enough not to regularly exceed the “emoji limit.” It may seem challenging, but with the right team of individuals, it is possible to accomplish.

There can be a perception that emojis represent a lazy response. Overuse is closely associated with this problem. In the wrong format, they can appear lazy, especially if the intended recipient is expecting more than just a cute smiley face. When necessary, exercise caution. Employees should be informed of the importance of responding promptly. Consider creating a contract that all employees must sign to ensure that they understand the importance of conveying a message in a clear and concise manner. Emojis should never be used as a substitute for an answer. Feel free to include them in addition to an answer or a prompt response. A single emoji does not provide the level of complexity you may need to seal a deal, whether it is at work or outside the office.

The use of certain emojis may result in the message being rendered as useless or misleading altogether. There is no ambiguity in the facts. When an emoji is inserted via Android, it may not appear the same for Apple or even Windows users. Taking this risk may result in the loss of business, revenues, and even employees. Use emojis sparingly when communicating. Ensure that you use a streamlined list of emojis that translate the same across all platforms in order to avoid this issue.

Emojis are not considered to be a necessity in the corporate world. As you can see, there are two sides to this debate. Whatever side your organization chooses is not relevant but ensure that it is agreed upon by the majority or at least by senior executives before moving forward. Due to the advent of digitalization, now is the perfect time to examine both sides of this debate and determine which thrives in your organization over its inferior counterpart.