How To Handle Workplace Bullying 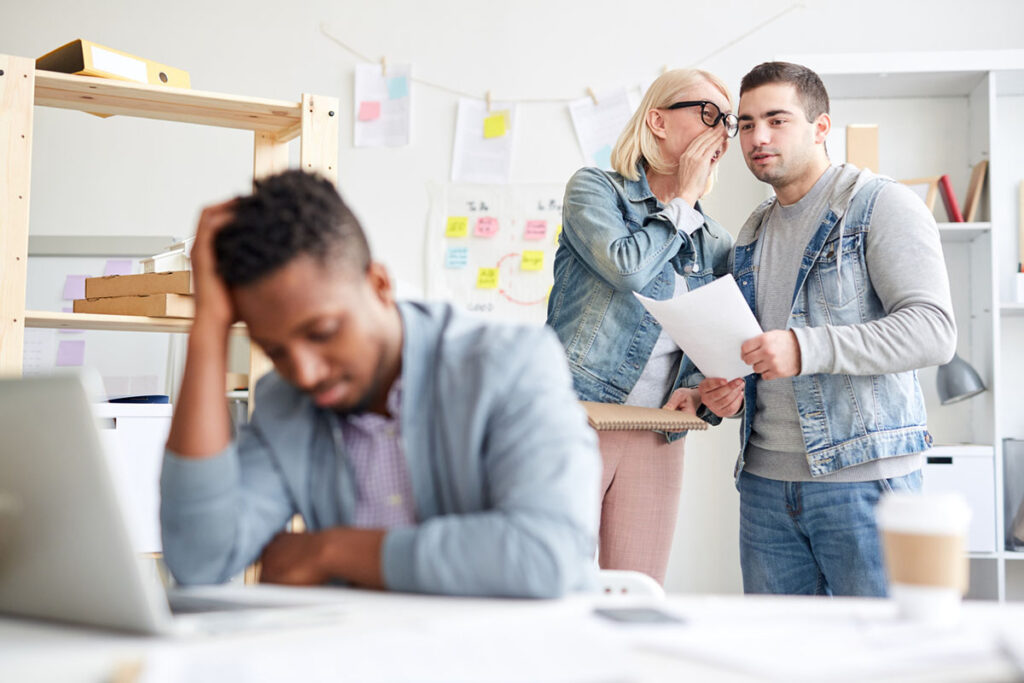 It is a fact that few organizations consider workplace bullying when implementing their policies and procedures. The truth is that it is a very real challenge that employees face on a regular basis, regardless of their position within the organization. There are instances of bullying within organizations, and when it does occur, it is considered a form of workplace harassment.

Do you have any experience with this issue in the past, present, or are you prepared to face this issue in the future? What are some techniques that can be utilized to assist both the bully and the victim(s)? Let’s examine this ongoing form of harassment and how it can be dealt with head on, while also remaining vigilant to other possible problems.

What is Workplace Bullying?

There has been a significant increase in the use of the term ‘bullying’ in society in recent years. As a result, you are likely familiar with what it entails and the consequences associated with it. However, most of us have failed to take into account the issue of workplace bullying. In spite of the fact that it is comparable to discrimination, it is not quite the same thing. It is evident that there are a number of similarities between the two.

Both discrimination and bullying can have a lasting effect on the individuals involved. To move forward, we must first understand what each term means.

Discrimination within your organization is when a fellow colleague, leader, or client has treated an employee in a less than favorable way due in part to their diversity. People can be discriminated against on the basis of their gender, ethnicity, religion, background, age, disability, or sexual preference. In the workplace, this is considered illegal.

In the U.S., the EEOC (Equal Employment Opportunity Commission) handles this form of discrimination which can result in illegal activity and criminal charges being brought about against the individual(s) responsible or the organization as a whole, depending upon the case of discrimination. Equal treatment at work is a legal right.

An individual is referred to as a victim of workplace bullying when he or she is repeatedly treated less than favorable by one or more individuals in the workplace. The victim is often treated in an unfavorable manner, which may lead to feelings of insecurity, demoralization, or humiliation. Bullying occurs when the victim(s) are confronted by their attacker in front of coworkers, leaders, or clients of their organization. A bullying incident may be physical, verbal, mental, or cyber in nature.

In any workplace, bullying is not tolerated; therefore, when you witness it or are a victim, you should speak up immediately to put the issue to rest as quickly as possible.

“A healthy mind does not speak ill of others.”

Bullying at work is not as straightforward as discrimination. In fact, it is not even considered illegal. As a result of the absence of policies or procedures that address discipline against bullying and how to handle it appropriately, it is more frequently encountered than discrimination. Moreover, guidelines to discipline those involved often do not exist, unless there has already been a problem within the organization. When bullying is not stopped in its tracks once detected, it can result in multiple negative aspects for your organization.

People often associate bullying with young people, such as those in high school or younger. It is not entirely accurate to say that. There is undoubtedly a problem in careers as it becomes more of a cause for concern. Even though the signs are present, they are not always recognized. There are no two bullying cases that are the same.

Let’s take a look at some example scenarios which may not be clearly recognized as abuse in the workplace.

It’s Monday morning and you arrive promptly at your desk at 9 a.m., ready to start the day. You gaze over the office and wave your fellow co-workers a “good morning” hello and even blubber about to your boss, “Good morning sir. Hope your weekend was well.” Your boss, Mr. Conscious Bias decides he didn’t have such the superb weekend as some of your team members. He grumbles under his breath. Then he proceeds to tell you that your report from Friday’s meeting was less than impressive.

Mr. Bias continues to fuss about your lack of attention to detail. However, the report was not yours alone. In fact, Janet, the dashing young intern helped you with it. As he continues on with what was wrong with it, you realize that the parts he is pointing out is what Janet accomplished, not you. You try saying, “Excuse me,” but you’re rudely cut off. Mr. Bias raises his voice and tells you if you don’t get your act together, you will be sent out the door like Bob. Side note: Bob was recently fired for various reasons; one of them being that he lacked work ethic and had a difficult time showing up on time as the week progressed.

You, on the other hand, are nothing in comparison to Bob. You feel inferior to your co-workers and Mr. Bias has humiliated you in front of the entire office. You sulk in your chair, nod to your boss, and start up your computer in order to attempt a re-do on the report that causes you such a ruckus in the first place.

Did you recognize any instances in which you felt bullied at work? Perhaps you did not recognize the issue since it seemed like a typical situation in which your boss would reprimand you for handling a report improperly. You may have ignored the humility you felt because you believed your co-worker (in this case, Janet) was at fault.

It is evident that there are warning signs. You were called out by your superior in front of your colleagues. Your boss should have called you into his office alone in order to handle this situation properly. During this meeting, he may be able to provide you with some constructive criticism regarding your work. There is no place for intimidation or humiliation in the workplace, regardless of your position or who initiated the abuse.

Be Aware and Bring Awareness

Being aware is not sufficient. This issue must be brought to the attention of the public, so organizations should never fall victim to this obstacle. Bullying can have a detrimental effect on both the victim and their colleagues. Your organization and employees can do a few things to combat bullying and bring it to light.

Bullying occurs everywhere, regardless of whether it is a current issue that your organization has handled appropriately or something rarely considered or bespoke. Work environments are not exempt from this rule. A clear understanding of what the issue is, what it is not, and how it should be handled is the best way to ensure that your organization is aware of it