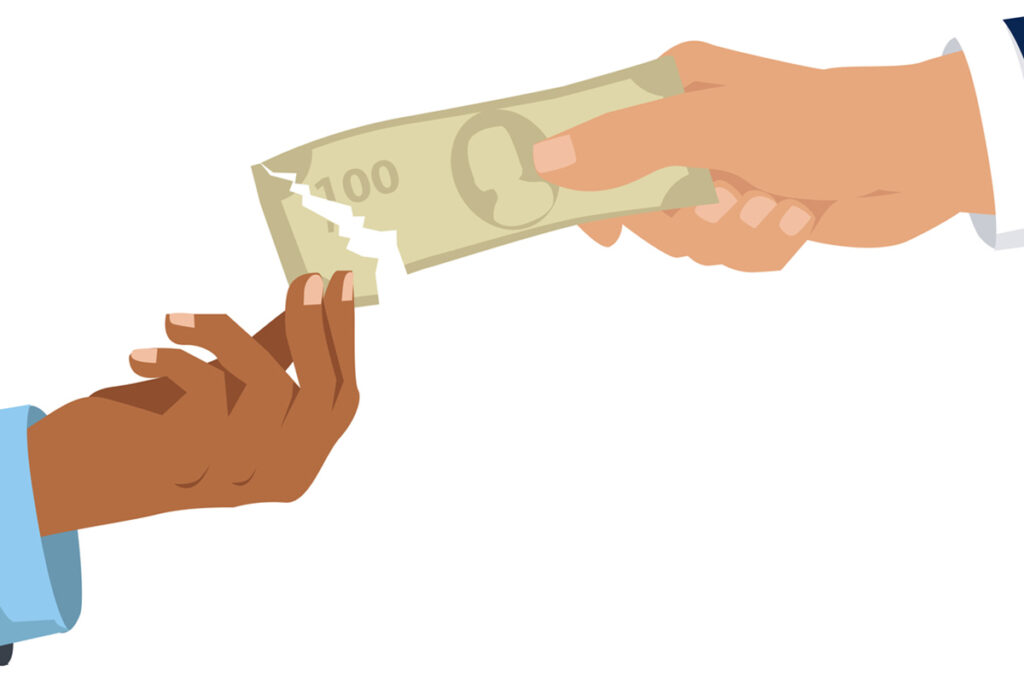 For decades, the racial age gap has been a topic of heated debate in the United States. The gap has narrowed considerably since approximately 30+ years ago. In spite of this, there remains much work to be done and still a gap to be closed.

This topic needs to be brought to the public’s attention. However, the purpose of this is not simply to raise awareness of the issue, but also to shed light on both why the gap exists and what can be done to close it entirely. The ethnicity pay gap has taken far too long to narrow to the current level. It is, to put it mildly, unacceptable. The task for everyone across the globe is to wind down the gap until there is no gap left, and to accomplish this in a fraction of the time it took to create the previous gap.

To achieve this, it is imperative to understand what the racial pay gap is and what it is not. In contrast to the previous article on gender wage gaps, this article will focus on different races and how they are reflected in their wages.

Pay disparity is sometimes referred to as a wage gap. Disparities in pay are sometimes confused with discrimination in pay. Thus, let us examine what the difference is between the two. Discrimination in pay occurs at work when an employer fails to pay equal compensation to employees performing similar (or substantially similar) work within the organization. The federal law protects this type of discrimination. If you feel that you are being discriminated against in such a manner, you have rights and you can take action against your employer.

A pay gap based on ethnicity occurs when there is a substantial difference in pay between employees with diverse backgrounds and ethnicities. The difference or dissimilarity is rather noticeable. To put it simply, there is a substantial disparity in pay among employees of a given organization. The practice of this is not acceptable in society, and it is frowned upon. However, pay disparity is not illegal in comparison to pay discrimination.

As part of its mandate, the Equal Employment Opportunity Commission (EEOC) prohibits employers from discriminating against employees based on their religion, sex, gender, background, or race.

During the hiring process or when changing positions, titles, or occupations in general, your employer cannot lower your pay based on your race. It is important to note, however, that ethnic groups do have varying levels of higher-level education, and employers can use this to determine how much or how little to pay. For instance:

Pay gaps may be explained by differences in education levels, past experiences, or other external factors, such as whether the job is remote or onsite. In addition, men tend to earn more than women across all demographic categories and ethnic groups, regardless of their occupation, educational background, or experience. The situation is not always straightforward.

Income inequality can often lead to some ethnic groups becoming wealthier than others. Alternatively, this can also lead to the emergence of poverty among certain ethnic groups. The result is a struggle to pay bills and raise a family.

There is also a disparity in pay between hourly and salaried workers. In a typical work week, hourly workers earn about 40% less than salaried workers. Despite the fact that this is not the typical pay disparity, it is still widely recognized.

There is also a relationship between the type of job performed and the type of racial pay gap that exists. All races tend to have higher incomes in occupations such as management, professional, service, and office related. It is estimated that these types of occupations account for approximately 50 to 85% of all career positions held by people of all races, with Hispanics being the only exception. Hispanics’ primary occupations are equally divided between management/professional and production or transportation based, with each category accounting for approximately one third of their total work force.

There is a wide variation in overall median wages not only based on race, but also based on gender. Consequently, women of minority groups such as African American or Hispanic women struggle even more to obtain equal pay than other women, men, or race.

Contrary to popular belief, there is a greater need now than ever for assistance in order to reduce the racial wage gap. It is possible for every organization, including your own, to begin bridging the gap as soon as possible.

There is no doubt that pay disparity among ethnicities is a complex topic that many employers, organizations, and employees are hesitant to discuss. Managing this issue is a challenging task. Your organization is the first to begin the work. As well as at the local level, it must extend to the state and national levels as well. Over 30 years have passed since the gap was closed, and it is time to close it for good rather than narrow it a minimal amount.