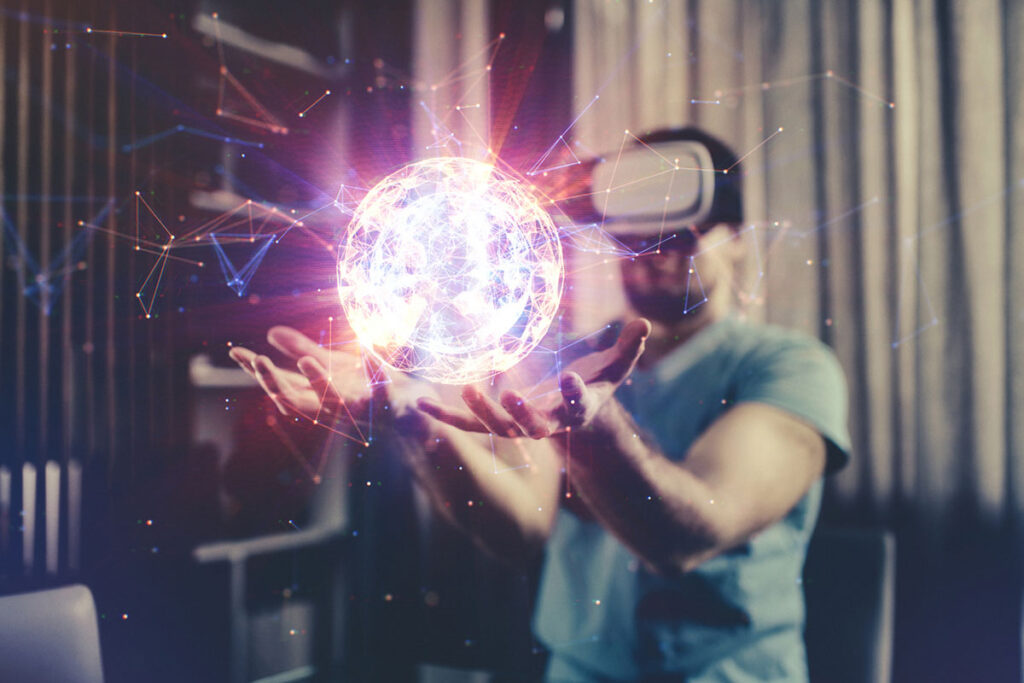 No matter how interesting online images, videos, and infographics are, they often require the learner to remain separated from the content by a computer screen. But what if learners could dive right into a 3-D scenario? The Unreal Engine and virtual reality makes this possible.

This post will help you understand what exactly UnReal is, why you should consider it for eLearning, and how virtual reality in general can improve learner engagement and empathy.

What is the Unreal Engine?

Epic Games developed the Unreal Engine over 21 years ago to enable first-person video games. Fast forward to 2021, and UnReal is being used by instructional designers and content developers alike to transform the world of eLearning.

What is Unreal? The Unreal Engine is a gaming engine created by Epic Games in 1998. It was first introduced in the first-person shooter game called Unreal.

Written in C++, a general-purpose programming language, the Unreal Engine and highly portable and supports a variety of platforms.

Unreal can be used for free in the development of VR games, and realistic simulations.

What is VR? Virtual reality (or VR) refers to a three-dimensional, computer-generated environment that can be explored and interacted with by the user.

The user essentially becomes part of the virtual world, as they are fully immersed within a scene and able to move objects and navigate freely.

The Power of VR in eLearning

Safe Training In Challenging Scenarios: One of the main appeals of VR is its ability to present learners with a difficult situation through a realistic simulation.

These kinds of scenarios could be anything from safety training to public speaking practice.

Increase In Empathy: VR creates experiences, which in turn can create empathy in the learner. Chris Milk, co-founder and CEO of Within (Virtual Reality) gave a TEDx presentation in 2015 where he referred to VR as the “Ultimate Empathy Machine.”

This makes VR a great option for diversity and inclusion training, as well as other workplace behavior training. But how exactly does VR increase empathy? Here are a few ways:

While VR doesn’t automatically create empathy, research has shown that engines which enable the learner to move and act independently are highly effective in changing the learner’s perspective and getting them more involved in the topic.

The Unreal Engine and Accessible eLearning

Virtual reality is becoming increasingly important for eLearning and training purposes, as it allows the user to gain real-world experience remotely. But what makes Unreal so exciting for content developers?

Easy To Use: While many VR technologies require users to purchase additional custom codes or scripts, the Unreal Engine offers a built-in, ready-to-use VR system.

Blueprints is a visual scripting system that uses a node-based interface to create elements from within the Unreal Editor.

In addition to being easy to use, it is also easy to understand. Unreal’s end-user license agreements are also included in the package.

High-Quality Visuals: Another major reason that the Unreal Engine is suited for eLearning is its high-quality visuals.

For eLearning simulations and training, the learner’s experience should be a priority. By incorporating the Unreal Engine into your instructional strategy, you can capture the learner’s attention and reinforce course content through memorable visuals.

Cross-platform: Learners need options when it comes to accessing and engaging with course content. Unreal fits into the daily lives of learners and supports projects on multiple platforms including:

The Unreal Engine can also be used with head-mounted devices (HMDs) and game consoles. Unreal also offers performance support, which is crucial for boosting information retention and increasing learner engagement.

This support can be accessed through tutorial videos, guided learning strategies, and other online resources.

While Unreal might not be for everyone, virtual reality is a promising advancement in eLearning and offers users immersive, realistic learning experiences.

Have you ever experienced virtual reality? If so, what were some of its benefits and drawbacks? Share your thoughts with us here at WeLearn, where together, we learn.

PrevPreviousTop 5 Performance Support Strategies: Which One Is For You?
NextHow To Incorporate VR Into Your Learning StrategyNext

1 thought on “The Unreal Engine’s Place in Virtual Learning”