Emotional Intelligence In The Workforce 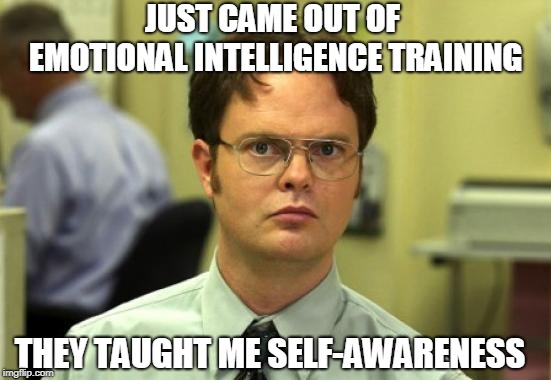 To help you navigate this multifaceted topic, we’ve created this post, which explores the four main components of emotional intelligence and provides examples of how it could come into play at the office.

Perceiving emotions: Consider all of the nonverbal signals such as body language, facial expressions, and eye contact that you’ve encountered in the workplace. Before we can fully understand emotions, we first have to perceive them accurately.

For example, in a meeting sometimes we don’t always say exactly what we mean, either because we don’t want to make other people uncomfortable or it would be awkward to cause a scene. An emotionally intelligent employee will be able to pick up on people’s reactions and will gauge their team’s view of a project.

Reasoning with emotions: As humans, we respond emotionally to things that catch our attention. An emotionally intelligent worker will use these emotions to think critically and carefully about an issue instead of letting their feelings get the best of them.

For example, if you process your own emotions and think about the logical side of your feelings, then you will better express your professional ideas to others, and communicate your needs clearly to the people around you.

The Learning Philosophy That Works

Understanding emotions: The emotions that we perceive aren’t always clear cut. If someone in the workplace is expressing angry emotions, an emotionally intelligent person will think about the cause of the person’s anger and what that anger could mean.

If you know that your work in the past week has been sub-par, communicate with your boss and get to the root of their angriness instead of letting it fester. When you sense that someone is feeling sad or frustrated, your response also matters. If you treat struggling coworkers with extra care and respect, you will help contribute to more positive workforce morale.

Managing emotions: The ability to effectively manage emotions is a key element of emotional intelligence. If you find yourself getting overwhelmed at work and lashing out at your colleagues, take a step back and remember the importance of self-regulation.

Those who are good at self-regulation are generally more flexible and able to adapt to change. These people are also skilled at diffusing conflict and compromising in difficult situations. If you have been called a “hot-head” in the past or are known for fueling arguments in the workplace, take time to work on your patience and listening skills.

Observing the emotions of your coworkers and being able to manage your response to those emotions will make you a highly valuable employee. Soon you will see that less tension at work will lead to more productivity and better relationships with essential stakeholders.

Learning is essential but not always easy. Emotional intelligence can take time to build, but the first step is becoming aware of yourself and the people around you. Begin by talking to your colleagues, expressing your ideas respectfully, and listening with intent.

Has your business considered doing a workshop that helps you and your organization learn how to improve their emotion recognition, emotion management, and social skills? How do you think emotional intelligence could help you in the workplace? Share your thoughts with us here at WeLearn.